You met Sahara san from Undefined around the album release of Soul Dimension, correct?

OhkumaThat’s right, I remember when we met. I think he came to see our show, and then we all went to have a drink afterwards.

After that, Sahara san also kept distance with the scene and your reunion was at the gig of Reggaelation IndependAnce.

What was your thought?

OhkumaWell, I mean there isn’t anything notable to say really … we were like, let’s rehearse at a studio (laughs.) Seriously though, things just started happening. That was in Heisei 24…

OhkumaOh yeah, I use it for my job haha. We started rehearsing together around the fall of Heisei 24 (2012.)

There wasn’t much action between Soul Dimension and Undefined?

OhkumaNo. Although, when I was asked about Undefined and started to go to the studio, Soul Dimension also became inactive around then, so in a sense rehearsing kept going. So, there wasn’t really a time when I wasn’t playing the drums.

How did you feel when you two first rehearsed?

Ohkuma Well, I mean there wasn’t anything bad… in other words, I think we were really natural together when we had a session if I look back.

In Sahara san’s interview, he said you two were looking for a bassist but couldn’t find the right one. And you suggested it should be just you and him.

OhkumaThat’s true. I could tell just by looking at him because you know, he has strong preferences (laughs.) I knew he probably had the image of an ideal and if nobody matched that, I thought we could just use the synthesizer as a substitute. Once we tried the method, it worked out perfectly so I felt like we should just keep on doing it. Because from the very beginning, I was certain two of us had chemistry, you know?

It’s such a unique band. Time feel is that of reggae but not only, it’s so minimal to the extreme. Do you listen to other genres besides reggae?

OhkumaHonestly speaking, no. I think I could say I mostly listen to reggae, usually roots reggae. Thinking of other music… if I think about it maybe, but not deep enough compared to roots reggae.

I heard you two have a session and that leads to making tracks. Do you spontaneously make drum patterns and such?

OhkumaUmmmm, not really. We try things out at that moment and he would be like: "can you play something like this" and I come up with ideas and patterns from there. It’s more like I interpret what he has in his head with my drums.

But if Undefined’s tracks are composed that way, that means your drums are indispensable and that’s exactly the reason Sahara san asked you to be part of it. 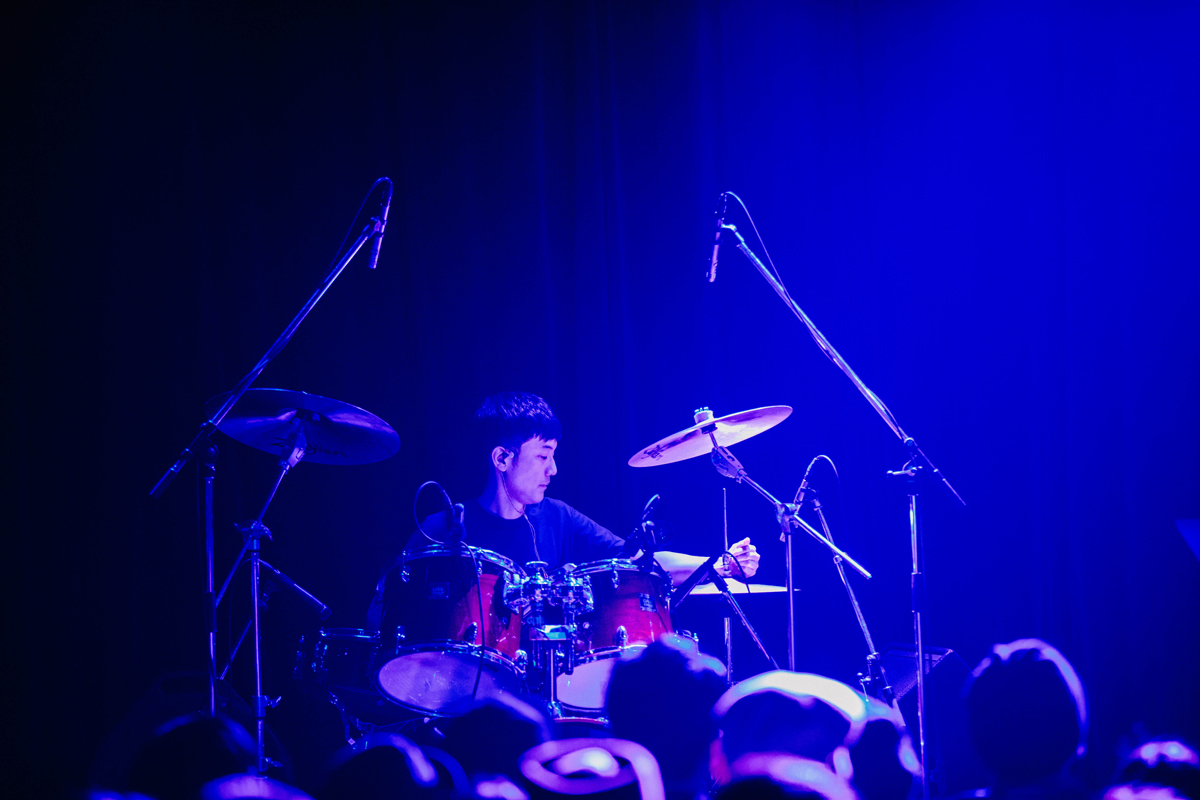 I heard there is a procedure of listening to what Sahara san came up with before wrapping it to the complete package. Do you give him any requests while doing so?

OhkumaNo, almost never. See, I really trust him with the sounds of Undefined. A mutual trust is there and I rely on him because of it, simple as that. Really, I feel like if I leave it to him, everything is alright.

Hearing you two talk individually, I feel like there is a producer-like vision of Sahara san and then there’s your role as a drummer which you devote yourself into. Those two aspects lead to the sound of Undefined.

OhkumaJust as you said, that’s exactly it. There’s no "this may be better" or "that may be better." We just do it.

It looks like you as a drummer have fun with the situation also, and that connects to the relationship you two share.

Ohkuma I see, I think I get where you’re coming from. And when we go along, we come up with those tracks.

Do you go to the studio besides production?

OhkumaWe still get together usually once a week.

OhkumaOf course, if we are extremely busy, we skip but we have been doing this routine ever since we started. On the other hand, I don’t rehearse on my own privately. Actually, ever since I started playing the drums, I’ve never been to the studio by myself to practice.

Lastly, I would like to ask you your favorite dub album.

OhkumaWeeeell, I usually listen to singles so I don’t have an "album" that’s a favorite. But I do have a memorable album that turned me into a dub lover. It’s "King Tubbys Meets Rockers Uptown" by Augustus Pablo. That album started everything. Coming from me it’s obvious but I really like that the drums are pleasant. Because of this album, I listened to the original tracks produced by Pablo, roots reggae with vocals. It made me widen my interest. I can’t really come up with "a dub album that’s awesome" off the top of my head though.

Anything you would like to do as Undefined going forward?

OhkumaRight now, I really want to perform live. I didn’t exactly feel the same enthusiasm from him (Sahara) before but right now, we are very eager. And what else as Undefined… ummmm, well, I really do believe if I leave it to him, everything will be just fine. 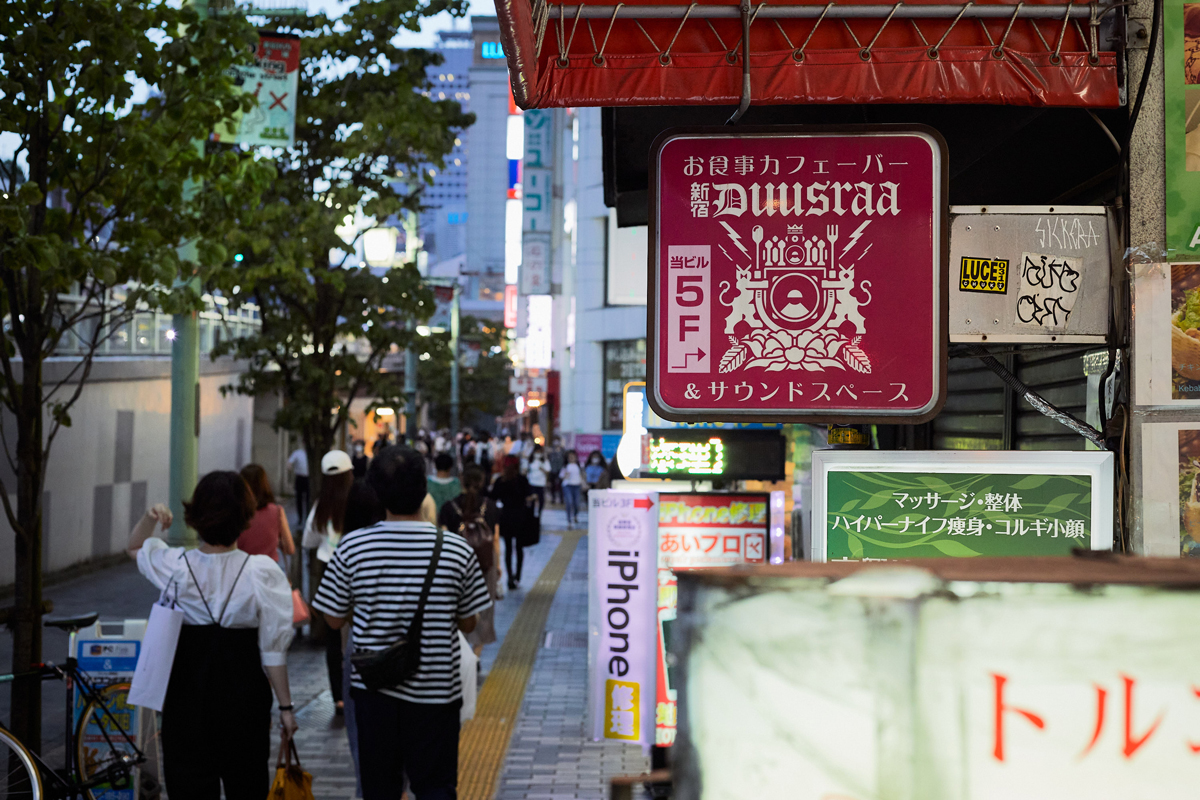