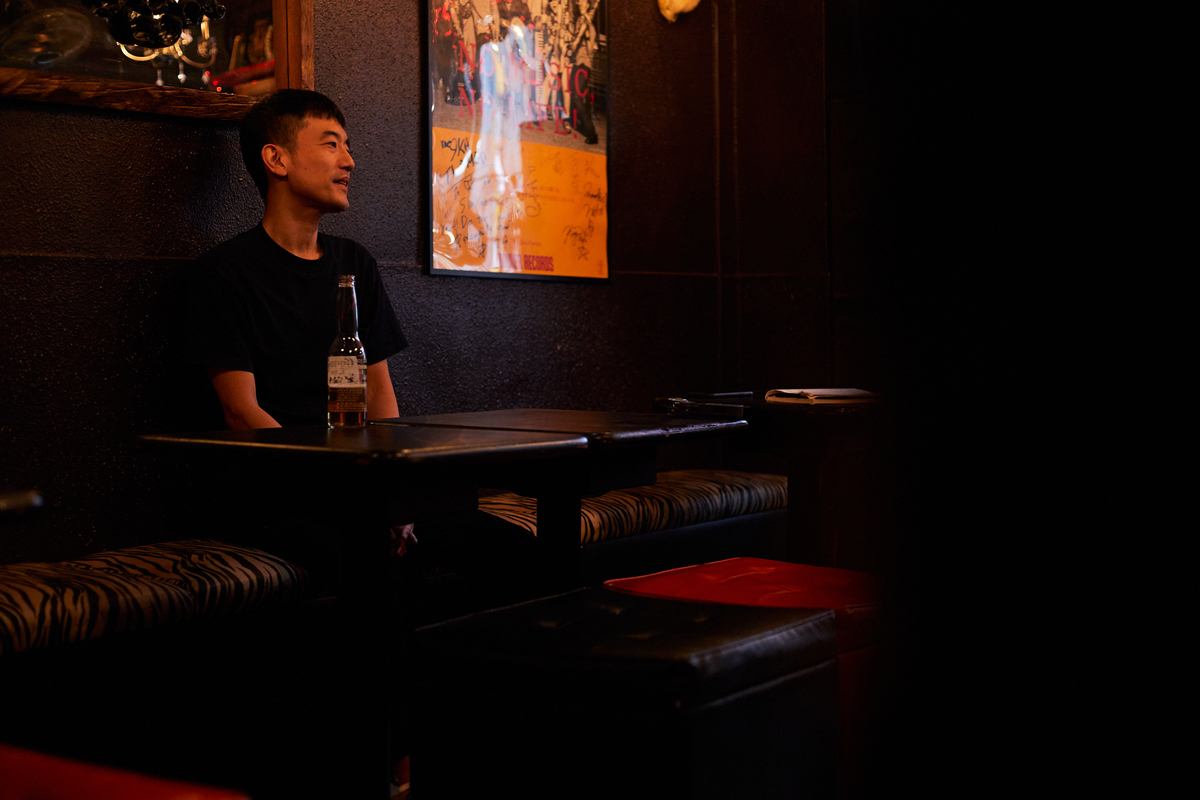 Undefined: experimental dub unit formed by keyboardist/programmer Sahara and drummer Ohkuma. After welcoming their debut 7inch 'After Effect' in 2017, they have been active through collaborations and remixes such as 'New Culture Days,' a 10inch with Kazufumi Kodama and artists such as dBridge and Babe Roots. In April 2022, their first album "Defined Riddim" featuring Paul St. Hilaire , Rider Shafique and Ras Dasher. will be out from Khaliphonic / ZamZam Sounds, hailing from Portland, USA.

Continued from the previous column, this interview will feature an artist unit Undefined, who also run their own label Newdubhall. As the sequel of Sahara, who is in charge of keyboards as well the operation of the label, it is now time to welcome the drummer of the duo, Ohkuma. As mentioned in the last interview, unlike the epitome of reggae, of which the bands tend to center around drum and bass, Undefined is a unit of keyboardist and drummer. Thinking over though, this is truly an atypical combination for other genres as well but listening to their music, it is comprehensible this pairing is indeed the pivot of their original dub sound. With one listen, it is easy to understand the drum is one of the hook-lines that become the impact of their expression and the overall image. Of course as stated before, excluding the fact that their creation supposedly belong to drum and bassline oriented genre, their sound impact is great.

Taking their "New Culture Days" with Kazufumi Kodama for instance, when dub is explained verbally, the interpretation of the drums is sometimes referred to as some kind of scraped frame or as skeleton music. Now, this track is not on the level of "scraping" off. It is as if the hemicorpus is practically transparently vanished; the anatomy of rhythm treads along with the tense trumpet of Kazufumi Kodama. The phantom drums come and go; however, even when the existence of its sounds vanish, the rockers riddim continues to ring inside the head. It is indeed the art of subtraction against dub, where the sounds are reduced to the extreme, which only completes with the drumming of Ohkuma. His drumming that approaches right before the full contact and its groove that controls "inexistent" time somehow demonstrate that of roots reggae. Even when the drumming is thinned out, it is one of Ohkuma’s characteristics as a reggae drummer to embody the track. While on the contrary, in their 2019 single ‘Three’ featuring Rider Shafique, his own drums tie to the sensibilities of motorik minimalism and militant stepper, which in some way resembles Jaki Liebezeit of CAN. Again, it feels as though the "drum" is giving a huge impact to the sound of this track.

I was solely corresponding with Sahara ever since I began to support this series, hence Ohkuma and I never had a contact with each other. Because of this interview, I had the opportunity to speak to the other Undefined (incidentally, it turned out he was a senior of my high school.) I had him sit with me at Shinjuku Duusuraa, where he regularly played his collection as an avid lover of roots reggae/dub 7inch pre-pandemic. 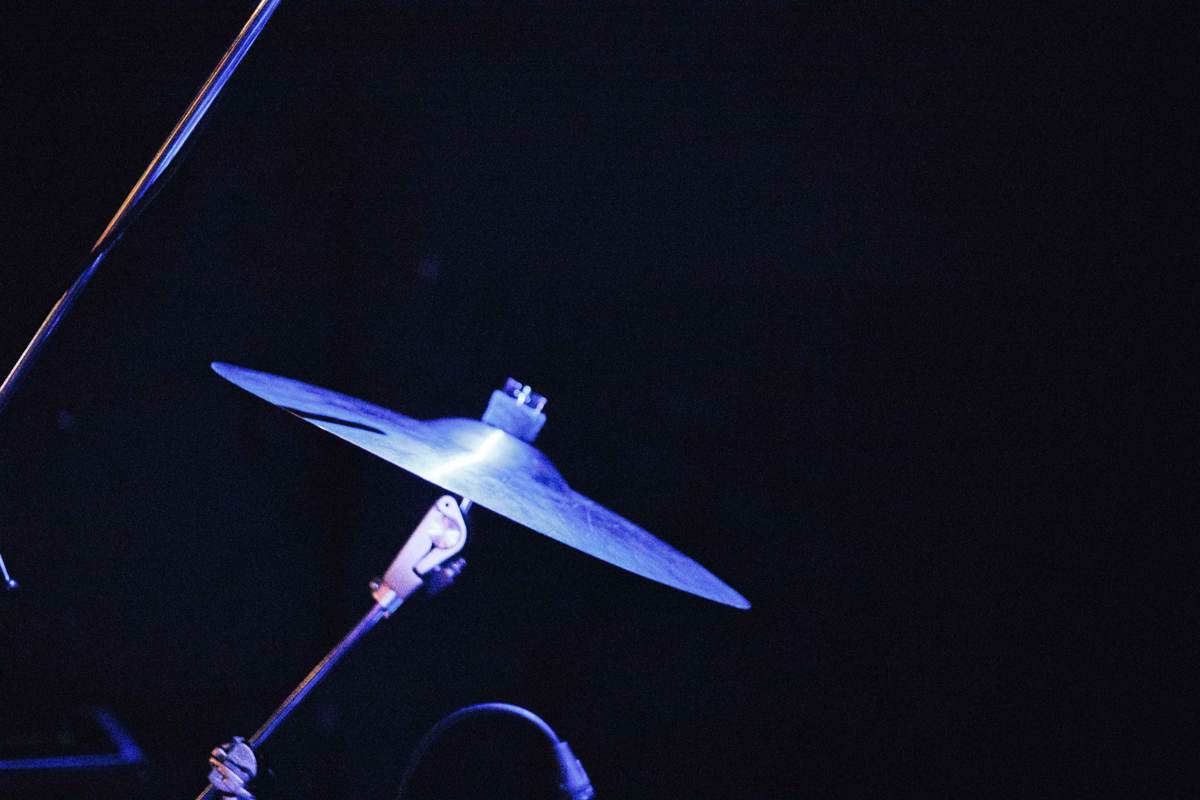 Being a music enthusiast, was there a specific genre that made you turn into one?

OhkumaIn the beginning, it was ska. I was probably eighteen, nineteen, so around 1997ish? I had a friend since middle school, and he told me about those kinds of music and I got hooked. I said ska, but to specify the genre, it was more like a neo-ska rather than an authentic Jamaican ska. You know, like the Specials kind of ska. When I first got into it, I was listening to something that wasn’t band oriented like rock music and had horns in it. I think I liked the uniqueness; it didn’t give jazz, it didn’t give rock, it was quite interesting. After that, I went and dug up neo-ska.

Back then, ska-core type of genre was popular too.

OhkumaI didn’t go into that direction, I went from neo-ska to an authentic, original ska. I would go to Club Ska often and one led to another, I began listening to original ska and then to reggae.

Regarding drums, were you already practicing when you were in middle school or high school?

OhkumaThose bands were part of the influence. Dry and Heavy and Cultivators took parts I think, I used to go see them live.

And thought, we should try it too?

Besides you, Soul Dimension’s members include Jagabe san (currently active as the member of Reggaelation IndependAnce etc.) and such. How did you meet these people?

OhkumaI’ve known Jagabe for ages, we’ve been hanging out way before Soul Dimension was formed. I told you about the ska band earlier where I was playing the trombone, I’ve known him since then. Basically, I made friends through music with people who like ska and reggae and formed a band, and as for Jagabe, we joined Soul Dimension together. There was a group of people who already had a band, a predecessor so to speak and Jagabe and I joined them, which merged as Soul Dimension.

What was the reason to take the path of roots reggae and dub from ska?

OhkumaWhen I was still listening to ska, I enjoyed minor toned tunes rather than major toned ones. From there, I started to listen to roots reggae and got hooked to dub.

I’ve thought that time feel of reggae drums is quite original. How did you master it?

OhkumaUmmm, I started off with watching a lot of live footages and repeatedly listening to records.

Youtube didn’t exist back then so it must have been hard to find those clips.

OhkumaRight. I had a video tape of Black Uhuru and I kept watching that… and really, I just kept listening to records.

Hearing the name Black Uhuru, the footage probably had Sly and Robbie playing in the background. But usually, live clips only tend to show the vocals and the full view of the band so I’m assuming Sly’s performance was only a glimpse.

OhkumaI would seriously stare at the screen for those moments. And then again, I listened to records and practiced over and over.

This is literally kinesthetic learning with your "body." Did you face any trouble? Or did you feel like it suited you?

OhkumaI somehow thought it fit me well but I’m not even sure how I came to that conclusion. Rather, I remember experimenting with the tones of the drums, like how do I mute the snare drum or how not to mute it for example. I would check out the drum sets of record jackets and stuff, you know?

Have you played drums other than in Soul Dimension and Undefined?

OhkumaFor the most part no.

Hearing you earlier mention a little about you making most of Soul Dimension’s tracks, do you play other instruments also?

Ohkuma Oh no, I programmed everything at the time. And then, I would have the members hear what I came up with. Basically, all programmed but nothing too special… you know, I would program the drums, the bassline and back beat but that’s about it. Making tracks may sound like a big deal but I just bring the materials to the studio and be like: "ok let’s try it out."

What kind of equipment were you using? Something like MPC?

OhkumaNo, I was using the QY series from YAMAHA. I used to use that.

QY user here. QY really is an excellent device. (YaMAHA QY series is a compact sized sequencer. Kazufumi Kodama used this very equipment for all of his solo project around 2000. For more detail, check out his interview here.)

OhkumaI used it to do all the programming but of course, everything was a demo. It did the job though because Soul Dimension wasn’t a programming-oriented band so the tones didn’t really matter. We would practice using those tracks as a guideline.

Regarding Soul Dimension, an album "Dawn" was out in 2007 and a 7inch from Jagabe san’s label in 2012. Is the band still active?

OhkumaWe aren’t disbanded or anything but not active. I mean, accordingly it turned out that way but it’s not like we got into an argument or anything. It just gradually turned that way.

The reason why Soul Dimension released "Dawn" in that timing?

OhkumaIt was probably because Yasu (Horii) san who was at FILE RECORDS at the time said: "let’s do it!"

I was at the editorial desk of remix at the time and Yasu san stopped by for promotion and I think I remember reviewing the actual album. He was pushing Soul Dimension saying there was an interesting stepper band. And like you said, gigs gradually began to slow down somewhere around 2010.