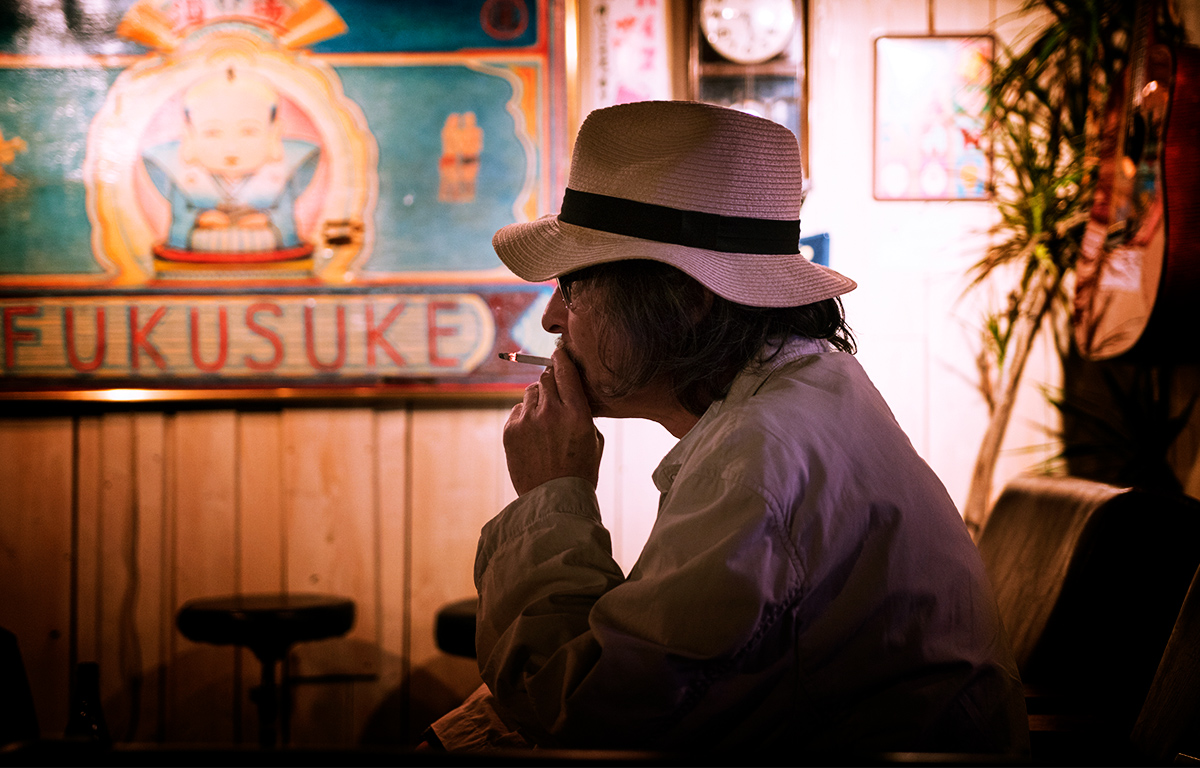 The track carries a ghostly being of minimal dub but there definitely is a rule of rhythmic groove and acousmato that only roots dub can express. Then, the trumpet of Kazufumi Kodama comes in, engraving its existence sharply to the listeners’ mind. A line of the trumpet immediately draws a landscape from “nothingness” by using its infinite imagination. “New Culture Days” by Kazufumi Kodama & Undefined is a sound in a way that became the new singularity in the post horizon of electronic minimal dub.
When I listened to the track, I recalled Kodama’s Requiem DUB in 1999 exploited with the Wackies’ honcho, Lloyd Barnes aka Bullwackie. Tracks of minimal digital drums with an ambient texture, silent dub rhythm even triggers an emotion and then Kodama’s trumpet cuts in. In my personal opinion, this album was Japan’s earliest and the most original resonance towards Basic Channel and Rhythm & Sound of that era, including the techno scene. At the same time, although they both are categorized as the “sound of Kazufumi Kodama,” the Dub Station Band, which Kodama has been avidly active in and “New Culture Days” have different expressions, latter sharing the same vibe as that of Requiem DUB. As I understand, it is an extension to his cultivation towards solo work, which involves more artistic expression. This interview will begin with the topic of Kazufumi Kodama & Undefined’s “New Culture Days” and approach into such musical aspect that Kazufumi Kodama has been carrying throughout his career.

This interview will be featured on the website of Newdubhall, so firstly, I would like to focus on the up-coming 10 inch “New Culture Days.” I feel that this track is different from the recent Dub Station Band and when you are guest performing. Of course, at the core, both projects have your musical sense, but for this track, I see a resemblance in your solo work from the late 1990s to the millennium, when you were focused on doing everything by yourself. I would like to hear the stories from the past as well. So, I believe this project all started when Newdubhall contacted you and sent you a demo. What was your impression when you first listened to it?

KodamaAt first I said, “There’s barely any sound;” but then thought to myself that there are actually young people out there, trying new things and leaving new footsteps. You do realize that there aren’t many people like this even if you look around closely. Taking dub for instance, if you pay close attention to a certain work, it turns out there are many beats, or (the style is) leaning towards new roots and steppers. You know, for a while “vigorous tune” has always been the center of attention. And they use sound effects too. So there aren’t very many people out there, diving into the quieter side of dub as an expression.

So you were intrigued when you first listened to the demo?

KodamaOf course I was. I myself would trim down the beats for my solo work and what I was aiming at… you know, the silent dub and such but definitely not ambient… and I kept expressing the beats without letting the listeners know that they exist, so I immediately understood where these guys were coming from. At the same time though, there was no rhythm that kept going, so I had to think for a while about how I should make the approach.

What was the reason for Undefined to contact Mr. Kodama?

SaharaWell, I think that reggae is such tolerant music. For us, something acoustic, like air vibrating or amp making noises, these aspects too are the fascination and artistry of reggae. We wanted to express these interests into music. When the track was finished, we didn’t even know if it was in the correct musical form or not. At the same time, we thought perhaps Mr. Kodama is the only person who can make an approach to this kind of music.

KodamaYou see, if I were to describe it, this track was quite brutal in a way. The term reggae is such broad genre that it’s misunderstood sometimes but this kind of track is very hard to be comprehended. When I was making Requiem DUB, you know, back when I was doing programming and everything, I felt that “dancing” was always hidden underneath as one of the foundation of genres such as reggae and soul. You can call these genres absolute dance music and betraying this element is such brave behavior. One line of “I can’t dance to this,” and the maker of that track would be like “oh, I’m stuck. What should I do?” But what happened here is that they ventured that stereotype. Moreover, I immediately felt that this sound wasn’t ambient, it wasn’t avant-garde, it was trying to pursue within a confined space. It was my first time to listen to their music. In another words, they came to me out of the blue. But I was convinced by it in an instant.

Were you two acquainted before this happened?

SaharaWe were, but I had the opportunity to introduce myself briefly when I was in the Heavymanners, and when I was supporting Dry & Heavy, Mr. Kodama was ill at the time and wasn’t musically active. So it basically has been my one-way greeting and admiration so to speak. 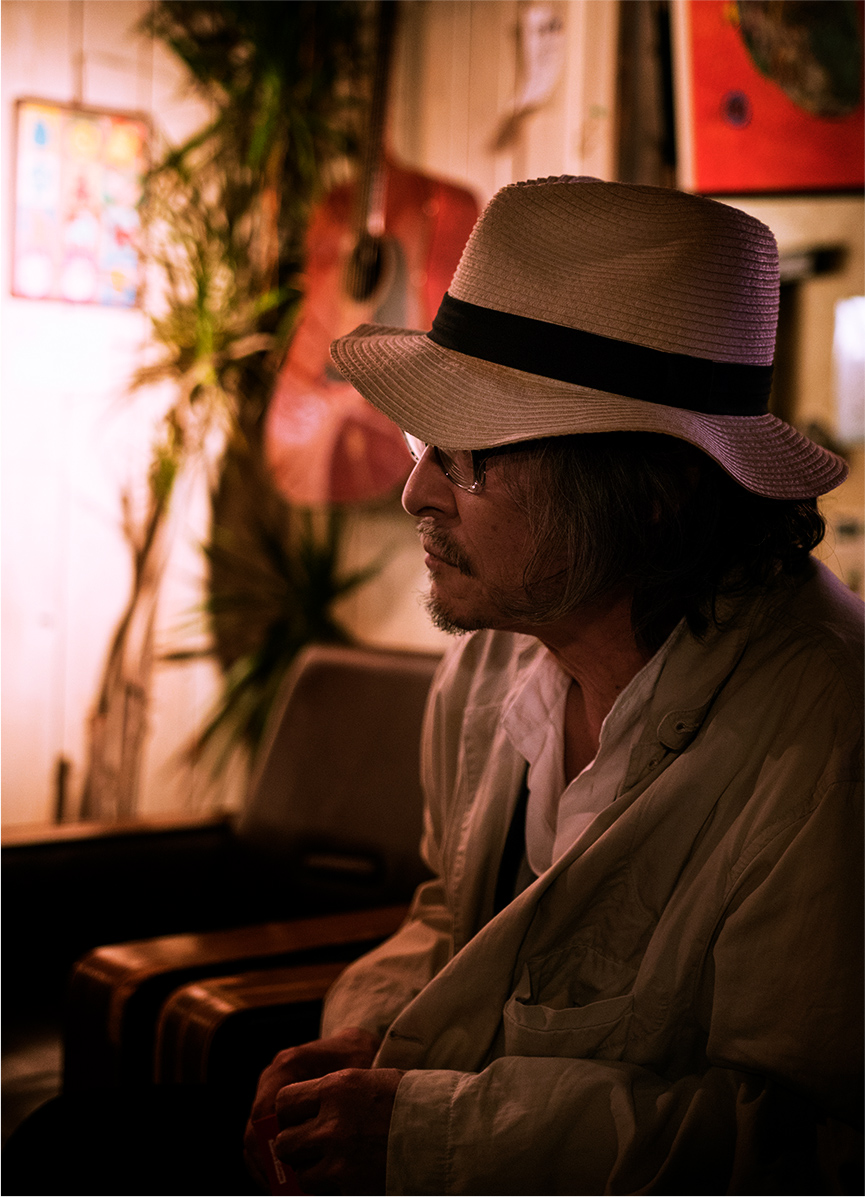 I’m not sure if it should be named electronic dub, but I feel that “New Culture Days” is definitely an extension of minimal dub post Basic Channel/ Rhythm & Sound. And like I had mentioned above and from what I understand, you were pursuing minimal dub in the same period as them. So the question is, when did you encounter these sounds? When I was going back your history, I figured that there was an encounter with Wackies in the 80s and reissuing of the label involving Basic Channel in the 90s. Are these the time when you faced minimal dub?

KodamaYes, the first encounter with the Rhythm & Sound was when I listened to the reissued 12inch of “Mango Walk.” (*1) This also has a wonderful and happy story of fate. Like you mentioned, Wackies and I were connected since the 80s. (*2) There was this guy named Sonny Ochiai who was sort of like the producer of the Wackies and he was in charge of the Japanese reggae label Overheat and Reggae Japan Splash, which was an outdoor fest in Japan. In the beginning, Wackies’ Rhythm Force came to Japan as a backing band for Max Romeo and I was part of it as the horn section. That was in 1985. This was an absurd and sudden favor asked by Ishii from Overheat because they didn’t have a rhythm section ready. Before that, I played with Mighty Diamonds as well. But anyways, this is how I met Lloyd Barnes. I did know about the existence of Wackies in the early 80s when I finally and properly began listening to Bob Marley and such. When I was browsing through a record store one day, I found an album released from Wackies in the new wave corner. In the 80’s, for me it was that era when I checked both new wave and reggae section at the same time. That’s around when I found out about Wackies. At the time, I had a friend who was a painter, and he told me “there’s an interesting reggae going on in New York,” referring to them. I never imagined then that I would be performing with these artists whom I happened to know and listened to when I was in my twenties and start communicating with Lloyd Barnes who is the founder of Wackies. *1: A split by the Chosen Brothers / Bullwackies All Stars “Mango Walk” and Rhythm& Sounds’ remake “Mango Drive” out in 1998 from Rhythm& Sounds.
*2: Lloyd Barnes participated in Dub Wise by Mute Beat out in 1988.

So everything was meant to be. 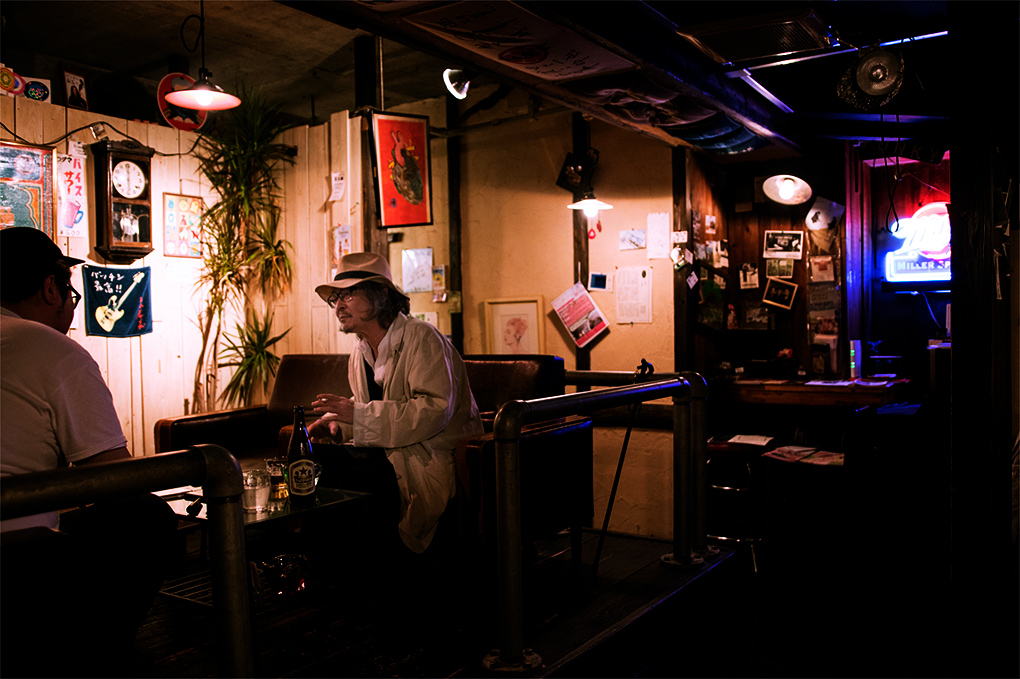 This applies to me too, but to a certain generation, because of the reissue, Wackies’ sound was recognized again.

KodamaAfter that, Rhythm & Sound was often invited to Japan and we had the opportunity to perform together. Around this time, a key person comes back. You know that friend I mentioned earlier who told me about Wackies? Ten years after the Wackies incident, he tells me about how cool Rhythm & Sound is. So again, the first track of Rhythm & Sound I listened to was “Mango Drive.” I believe it was a birthday gift from Tetsundo Kogayu, the former bass player of Rocking Time. On one side, it had a reissue of Wackies’ “Mango Walk” with a logo of Wackies on the label. On the other side, it was a track by Rhythm & Sound but since I didn’t notice it immediately, I thought, “dang Lloyd, what have you started now?” (Laughs)

KodamaIt was a great impact. At first, I was like, “Lloyd, how did you come up with this?” but soon realized that it was done by a duo called Rhythm & Sound and thought to myself, “aha.”

When you listened to them for the first time, what appealed to you the most?

KodamaTo be honest with you, it felt like somebody pulled the trigger first. I was listening to reggae and dub and was making music and had ideas all planed out and in my mind, I thought, “This is the music that I will be making from now on.” I finally had made an environment where I can program everything, 100 percent done by myself. That way, it’s easier to draw your “paintings.” It did feel like they demonstrated me what I was seeing ahead and what I was seeing in music before I managed to start.

KodamaAlso, I was fascinated and struggling at the same time with the sound and the expression of bass. When you’re living in Japan, and listening to Jamaican music, you wonder, “How can they make the bass sound so heavy?” I think this question wasn’t solved from the 80s to at the time, say, the 90s. Rhythm & Sound not only did the assignment but also came up with the correct answer. Of course, I’m pretty sure there were other European artists with the same idea; like Mad Professor and Smith & Mighty expressed the bass sound digitally. The wide range of high and low was discovered. But the sound of Rhythm & Sound, you know, even when I listen to their album with Tikiman, I was in awe, like “This must be (the sound of) Berlin, Germany.”

Nonetheless, that doesn’t mean that your work severely fell behind, speaking of contemporaneousness. In fact, I was surprised as I was researching for this interview. Rhythm & Sound aka Basic Channel’s duo established Burial Mix, which shifted towards an electronic dub route in 1996. At the time in Japan, the genre was still considered mysterious and underground, and this goes the same to techno as well, not yet getting recognized. In 1998, “Mango Walk” came out as the second release as a label of Rhythm & Sound. And as for your work, Requiem DUB in 1999 and Stars in the millennium, then Nazo and A Silent Prayer followed. Also in 2001, KTU (Kodama, TICO and Naoyuki Uchida) was formed, which might have been a response to the Rhythm & Sound. Considering the fact that there was no major time lag between them and your solo work, all of you were fortuitously looking at the same direction. On top of that, you all shared the sound of Wackies as an original denominator.

KodamaIt was probably proceeded simultaneously and that makes it an odd fate. It’s hard to explain but that’s what it is. Right before these happened, I got to meet Lee Perry and was able to perform with (Augustus) Pablo, all these important encounters happened throughout 1985 to the millennium. Fishmans came in around that time too. These really were the dazzling days.

Dots were connected throughout Jamaica, New York, Berlin and Japan with music.

KodamaYes, it was a whirlwind. This story of destiny tends to get elaborate but yes.